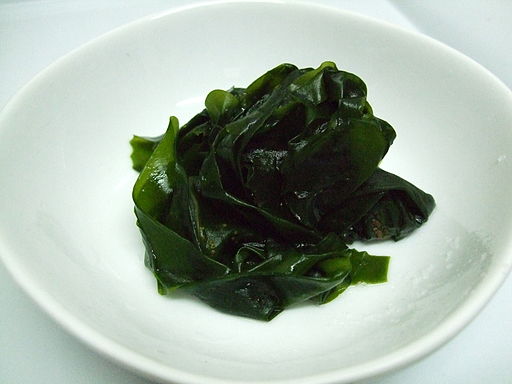 Wakame (Undaria pinnatifida Harvey (Suringar)) is a seaweed commonly consumed as a food in Far East countries. Its main bioactive compound is fucoxanthin, a carotenoid of the xanthophylls family. Fucoxanthin promotes fat metabolism through thermogenesis in white adipose tissue, causing an uncoupling process which diverts fat oxidation to heat generation rather than to energy production; through an effect on adipocytes, fucoxanthin is also deemed to be able to inﬂuence glucose management.