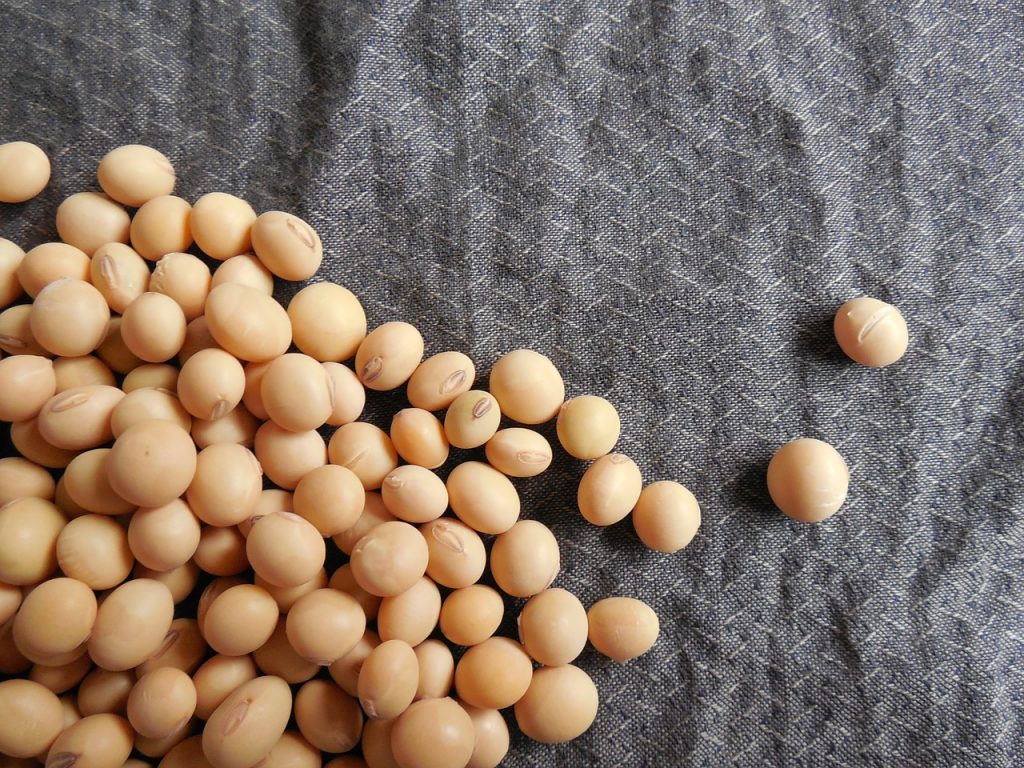 Soy contains large amounts of substances known as isoﬂavones, also called phytoestrogens, including genistein, daidzein, and glycitein. These substances act in a similar way as estrogens in the body and may also be antioxidant.
In younger women, the effects of soy are weak because estrogens are abundant. At menopause, it is believed that this effect increases due to the physiological decrease in bodily estrogens: soy isoﬂavones are thus useful to reduce typical symptoms of menopause (hot ﬂushes, troubles sleeping, mood changes). Studies in animals suggest that estrogen-like activity of genistein and daidzein can also prevent or reduce bone loss by reducing loss of calcium.