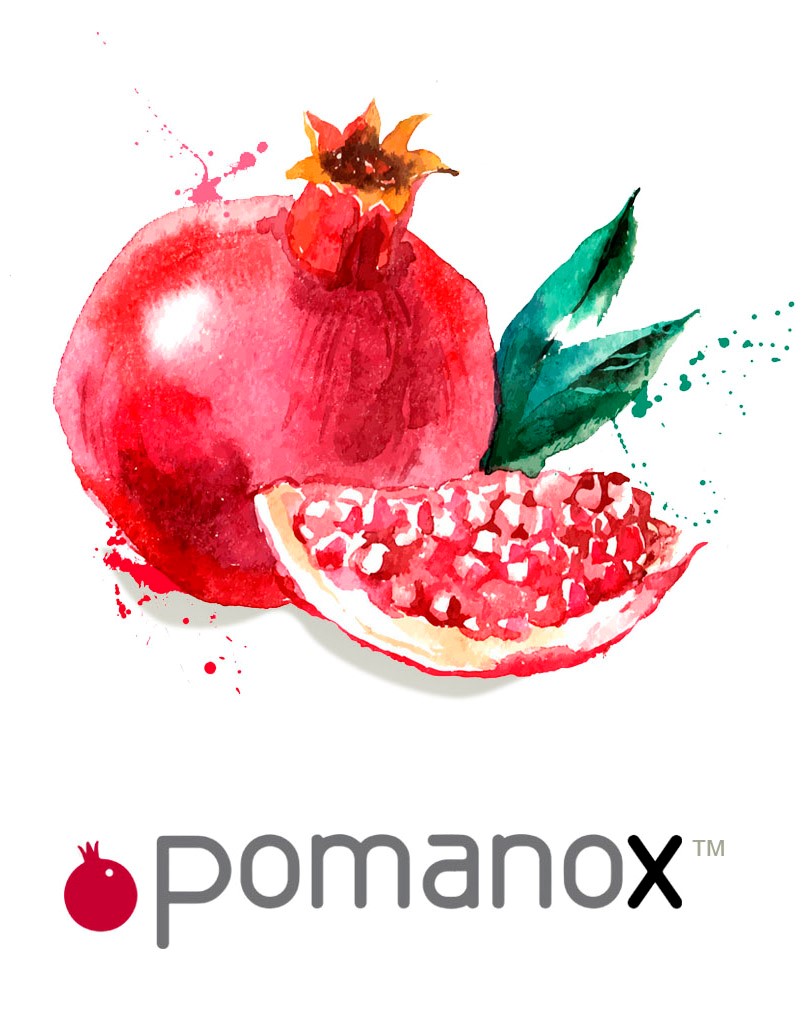 Pomanox® is a dry extract from pomegranate produced by the Spanish company Euromed.

It is produced from fresh fruits from cultivations that are under the control of Euromed to guarantee a full vertical integration. It is obtained through Pure-Hydro™ process, that only uses osmotized water and a proprietary process; the process allows to obtain a very high quality product and to avoid extraction of potentially dangerous substances, such as alkaloids that can be contained in this plant.

The product is standardized up to 30% Punicalagins, characteristic large ellagitannins that are responsible of the majority of health benefits of the product. Punicalagins, contrarily to ellagic acid, is highly soluble and features a good bioavailability: in small part they are absorbed directly but they are mainly metabolized by resident microflora to ellagic acid and urolithins, smaller molecules that are absorbed and exert their beneficial effects systemically, particularly in the cardiovascular area.

Several studies, both in animal model and in humans demonstrated that Pomanox® benefits blood pressure: in the most recently published study, done in a crossover format against placebo, in which Pomanox® has been administered in association with an extract from olives standardized in hydroxytyrosol (Mediteanox®, from Euromed), a significant reduction in both systolic and diastolic pressure has been observed, both in the general population (84 subjects) and in a sub-population with mild hypertension.
Besides an antioxidant effect (on oxLDL), the other relevant endpoint that has gained significant benefits from supplementation has been vascular function: an increase in vascular elasticity has been detected by measure of Flow-Mediated Dilatation at brachial artery, which causes a reduction of endothelial disfunction in the studied population. Mechanism of action for this effect involves an increase of production of Nitric Oxide, a chemical mediator for signalling for arterial dilatation.