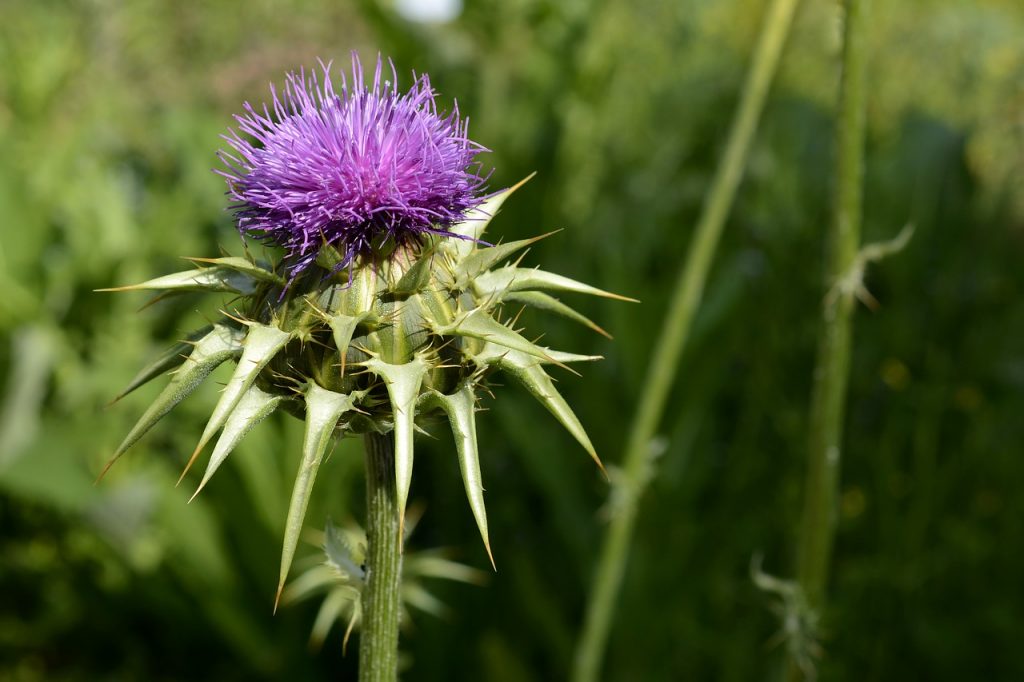 Milk thistle (Silybum marianum (L.) Gaertn) is an indigenous plant of Mediterranean area; it contains high amounts of silymarin, a ﬂavo-lignan complex (constituted by silybin, silicristin, silydianin) which has been extensively studied and characterized for its effects on human health. Other contained bioactive compounds are flavonoids, neolignans and alifatic oils.

Silymarin possesses a strong hepatoprotective and antioxidant action; protection of the liver may be exerted through stimulation of cellular regeneration (induction of RNA polymerase 1) and through an interaction with hepatocytes membranes, blocking toxins uptake.

Milk thistle extracts are characterized by a high levels of safety for humans.