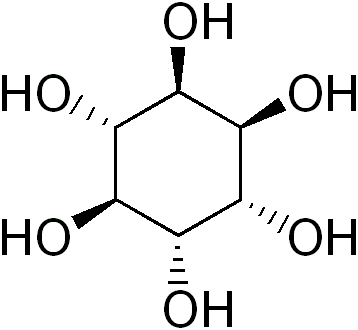 D-Chiro-Inositol (DCI) is an isomer of inositol (myo-inositol), differing from it for the stereoisomery of few hydroxyl groups.

Similarly to inositol, DCI has a recognized effect in glucose management, for its role as a insulin sensitizer since it is a precursor of signaling molecules involved in internalization of glucose in cells upon stimulation with insulin; thus supplementation with DCI is known and has been scientifically demonstrated to promote a sensitization to insulin in subjects with insulin resistance and impaired glucose management.

Several trials have demonstrated that DCI is beneficial in women affected by PCOS, a syndrome with strong links with insulin resistance, leading to defects in ovulation, hyperandrogenism and low fertility: a study published on New England Journal of Medicine showed that supplementation with DCI led to significantly decreased PCOS symptoms and levels of syndrome’s biological
markers; an increased ovulation was also observed in treated subjects during the study period.