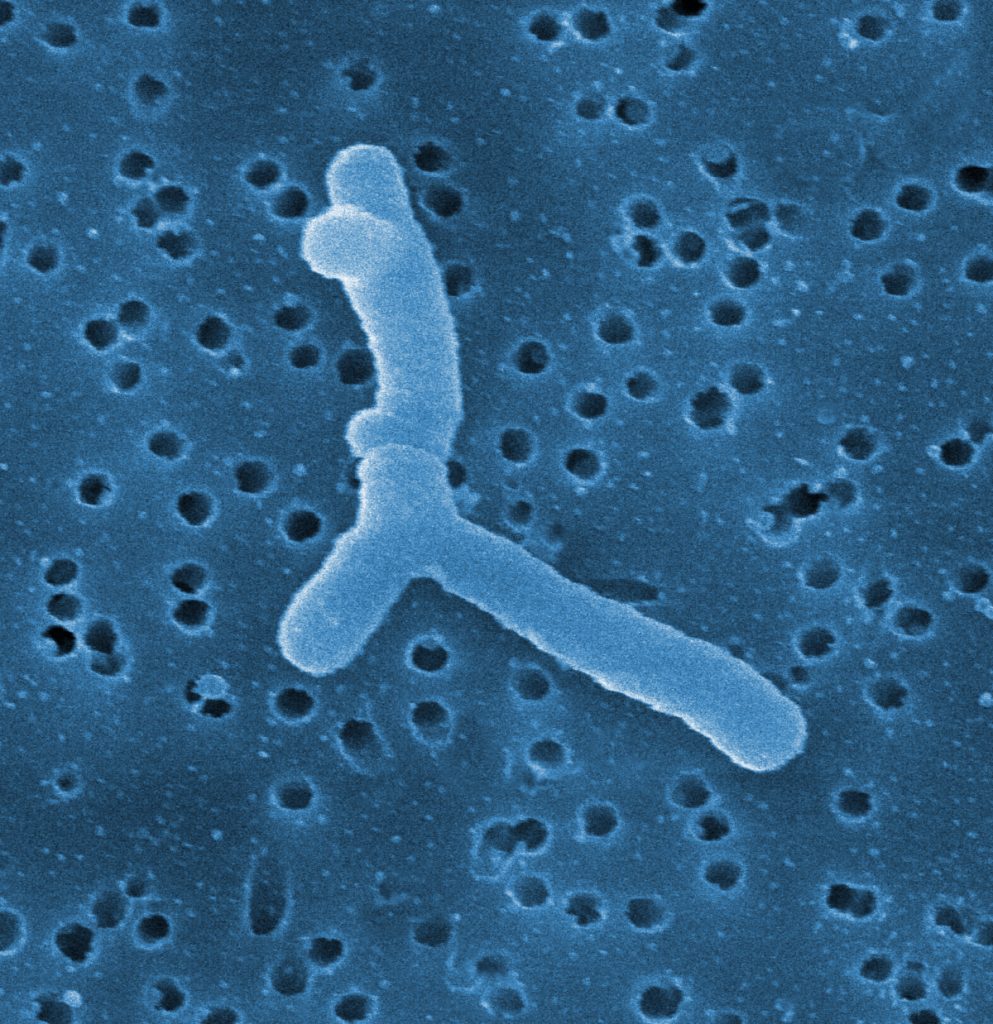 Bifidobacterium bifidum is a bacteria that is physiologically present in human colon, being majoritary particularly in newborns. It is a probiotic species that showed positive priobiotic effects effects in the prevention and treatment of gastro-intestinal disfunctions and in the interaction with immune system of the host.

B. bifidum R71 is a strain produced by Lallemand, isolated from human origin, and deposited at CNCM of Institut Pasteur with code I-3426. When cultured R71 grows individually or in short chains, it’s shaped as an irregular rod or an Y, heterofermentative and strict anaerobe; it does not bring known transmissible genes for resistance to antibiotics and, similarly to all B. bifidum strains, holds a QPS status.

R71 is available as a lyophilized reference at a concentration of 50 billion CFU/g.

Resistance to acidic pH is less pronounced than the one of other probiotics like Lactobacilli, thus administration is suggested at meals; nevertheless gastro-intestinal transit studies confirmed the presence of R71 in faeces of volunteers that were administered with a supplement including R71, demonstrating that this strain survives after passing through stomach and colon. Several studies in vitro and in vivo also revealed capability to adhere to human gut cells, to induce barrier effect and to compete with pathogens.

There have been several indications, obtained throgh different experimental models, that B. bifidum R71 is able to support immune function of the organism. In a study with a custom microarray specifically designed for this purpose it has been observed that R71 diminishes pro-inflammatory response of epithelial HT-29 cells. In an animal model (rat), preventive treatment with R71 significantly reduces secretion of pro-inflammatory cytokines like TNF and IL10 after infection with a parasite.
Moreover a controlled study conducted with R71 in association with two other Lallemand strains (Rosell-33 and Rosell-52) on 135 volunteer children showed a significant reduction of cold/flu events as compared with placebo tratement, besides a reduction of consequent school absenteism.

In another study, supplementation with Rosell-71 strain alone to college students under stress due to academic exam sessions (an effective model for higher susceptibility to cold/flu events) caused a reduction of days with symptoms of the proportion of students suffering at least 1 day of illness in the study.