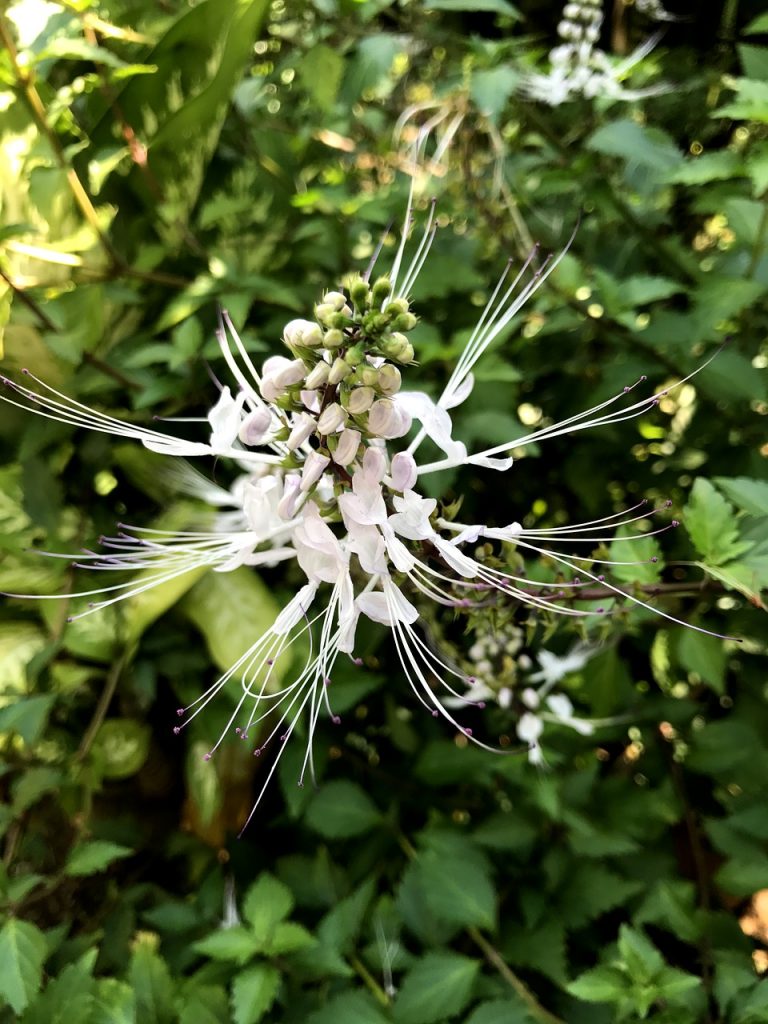 Orthosiphon stamineus Benth. is an important plant in traditional folk medicine, originating from south-eastern Asia and containing several ﬂavonoids, terpenoids and essential oils; the main compound is sinensetin, a methylated ﬂavone. The main health properties connected to the extract of orthosiphon are related to its diuretic effect, to an increased urogenic activity and to renal protective effect, together with anti-inﬂammatory and hypotensive functions.